Our Story So Far

Tracey grew up in Melbourne, before spending time living overseas in both Malaysia and Germany. Upon returning to Australia, Tracey completed a Diploma of Primary Teaching and, later, a Graduate Diploma in Special Education. A keen traveller, she then went to live with her husband in London for 8 years, working in primary schools and special education.

Eventually Tracey was drawn back to Melbourne, where she settled with her husband and (two) young daughters. She taught for several more years, before deciding to take a 12-month break.

It was during this time that Tracey discovered a shortfall of parents able to make school production costumes. After making several large sets for some local schools herself, she decided to follow her passion for sewing (and organising!) and Costumes without Drama was born.

Originally operating from Tracey’s home, the business soon moved to Diana Drive, North Blackburn in 2009 before relocating to its much larger current premises in Molan St, Ringwood in 2014. Now in its 19th year, Costumes without Drama has made more than 12,500 barcoded and inventoried costumes, provided costumes for in excess of 1,500 performances and regularly send costumes all over Australia.

Tracey and the team complete most work onsite in the warehouse. It is clear that Tracey has truly found her passion in the work that she does, providing flexible, organised helpful service with a smile, every time.

Why Hire From CWD?

Costumes without Drama provides a unique costuming experience. Whether you’re a performing arts teacher, parent or heading to a costume party, you have come to the right place.

Locally Made: Over 90% of costumes are made on site at the Costumes without Drama warehouse.

Simplicity: Simply browse pictures, if you cannot see what you would like, send a quick email or phone call and a ‘happy snap’ of anything in stock can be arranged. Don’t forget… they look MUCH better on the children on stage than hanging on a hanger.

Extensive range: With in excess of 12,000 inventoried items, for many genres of plays, we have everything from Army to Animals, and things which only you could think of… just ask!

Environmental: Because our world is precious, we are saving costumes from landfill, by using and re using.

Inventory: All costume items have their own unique barcode label, so with our unique computer program, we are able to supply a detailed inventory for easy distribution and return.

Don’t chance it by purchasing costumes from overseas via the internet. It may seem like a good solution, but can be fraught with disappointment and sometimes serious delays. Over 95% of our stock has been made on location at Costumes without Drama in Melbourne to original designs. Contact us 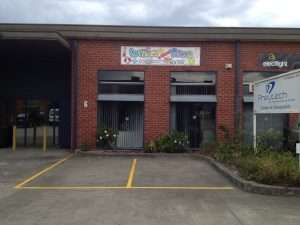